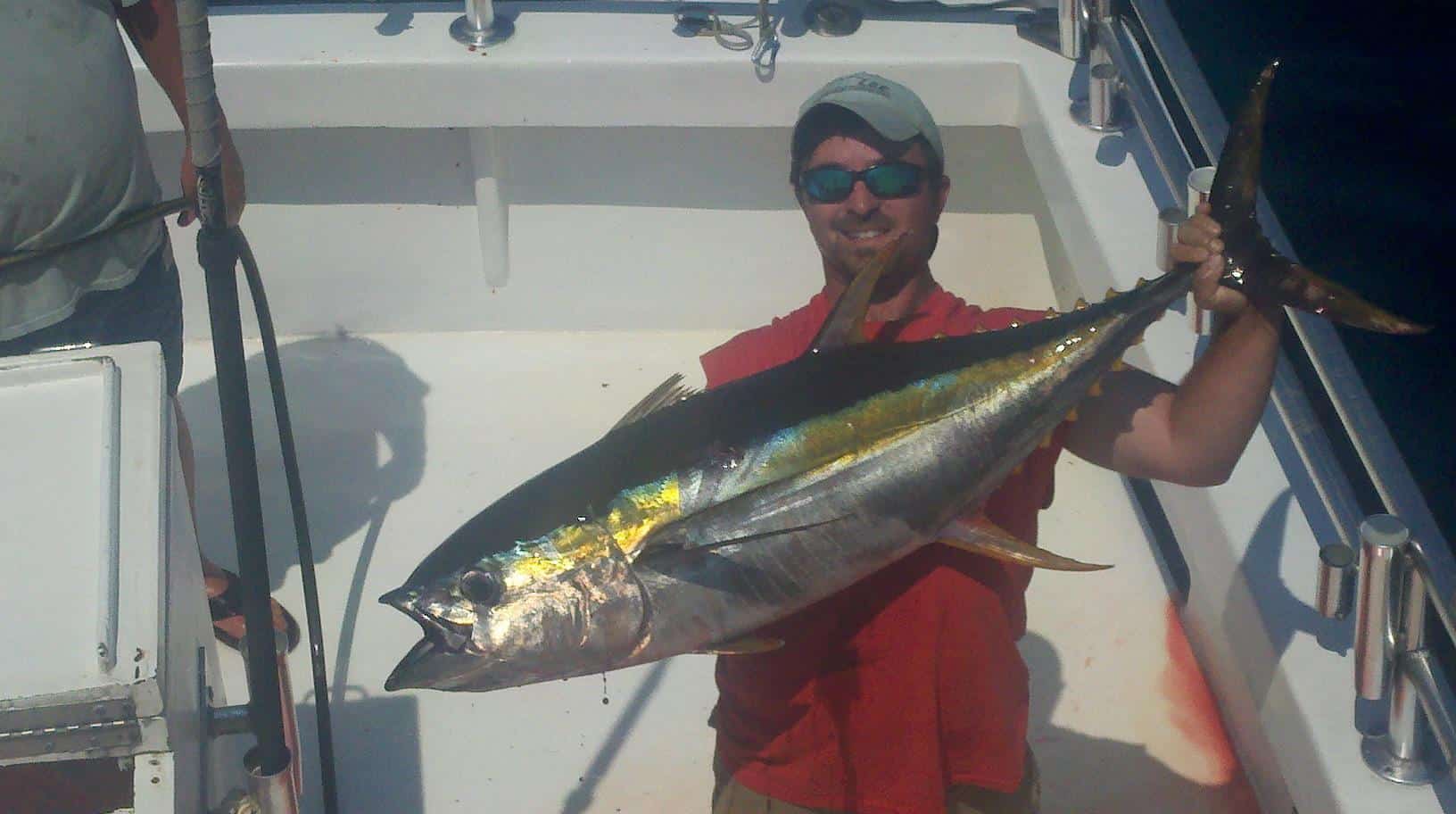 The “Blue Marlin”, "the Man in the Blue Suit”, and “Ole Big". He’s been called several names, however there is no doubt when you see him of just exactly “who” he is.

With a Silver belly and a Cobalt Blue back his unmistakable sharp dorsal fin really defines his majestic appearance. Blue Marlin reach up to 14 feet in length and as big as 1985 pounds. They are found in the tropical water of the Atlantic, Pacific and Indian Oceans. Here in our warm waters of the Gulf of Mexico they have reached as large as 1000 pounds. Being the Largest of all the Marlin in the Gulf of Mexico, they are the top of the food chain feeding on Tuna, Mackerel and lots of other small bait fish. They feed on the surface around the warmer sides of tide rips and lines with Sargasso grass holding Bait but they will dive deep to feed on squid. Listed as a carnivore, these monsters of the Blue Water live to an average age of 27 years.

Feared as being unsustainably fished there are strict regulations of all billfish. Most everyone “Tags and Release’s” all of the fish caught to ensure the prospect of generations to come. However there are some countries that consider it a delicacy and serve it as “Sashimi." Blue Marlin are certainly the most expensive fish sought after in the Gulf of Mexico and just guessing probably rank in the top 5 in the world, never the less, still they are relentlessly perused.